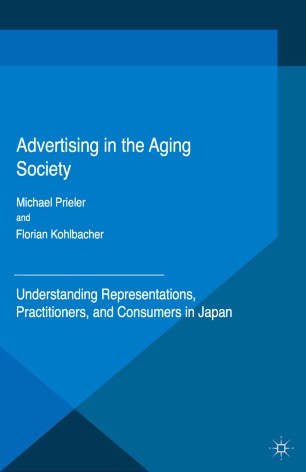 Advertising in the Aging Society

Population aging is a powerful megatrend affecting many countries around the world. This demographic shift has vast effects on societies, economies and businesses, and thus also for the advertising industry. Advertising in the Aging Society presents insights from a large-scale content analysis as well as questionnaire surveys among advertising practitioners and consumers in Japan. As the most aged society in the world, Japan lends itself as particularly suitable to study the implications of population aging. This book shows that older people, and especially older women, are highly underrepresented in advertising and are generally portrayed in stereotypical, albeit not necessarily unfavorable ways. This is despite the fact that advertising practitioners have a generally positive view towards using older models, even though only for an older target audience. Finally the book explore how both younger and older consumers perceive the representation of older people in advertising as stereotypical and partly negative, and are willing to boycott companies portraying older people negatively.