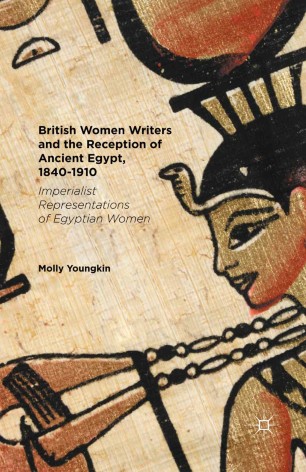 British Women Writers and the Reception of Ancient Egypt, 1840–1910

This book shows how British women writers' encounters with textual and visual representations of ancient Egyptian women such as Hathor, Isis, and Cleopatra influenced how British women represented their own desired emancipation in novels, poetry, drama, romances, and fictional treatises. Molly Youngkin argues that canonical women writers such as Florence Nightingale and George Eliot—and less canonical figures such as Katharine Bradley and Edith Cooper (who wrote under the name 'Michael Field') and Elinor Glyn—incorporated their knowledge of ancient Egyptian women's cultural power in only a limited fashion when presenting their visions for emancipation. Often, they represented ancient Greek women or Italian Renaissance women rather than ancient Egyptian women, since Greek and Italian cultures were more familiar and less threatening to their British audience. This notable distinction opens up discussions about the history of British women, their writing, and the British view on gender in the nineteenth and early twentieth centuries.