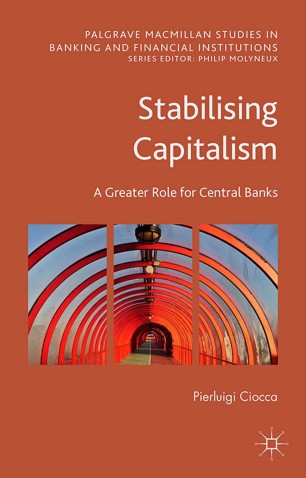 A Greater Role for Central Banks

The role of central banks as a hinge on which the financial system rests has returned to the top of the political agenda in recent years. The global financial crisis has resulted in many changes for central banks, including renewed power in financial supervision and reduced restrictions in their implementation of monetary policies. This book argues that central banks play a key role in financial systems, presenting the European Central Bank as a specific example of an institution that uses its uniquely independent position and wide margins of discretion to provide an array of important functions. It illustrates how central banks promote the security and efficiency of payment systems, pursue price stability, and accommodate the optimal utilization of the resources, labour and capital available to an economy. Stabilising Capitalism demonstrates how these institutions also aid in dealing with the risk of financial collapse and permit the continuity of public expenditure when the government is unable to place securities in the bond market. The author concludes by suggesting that although many consider the idea of this role for central banks to be outdated, these institutions form the root of the capitalist market economy and act as a bastion against financial instability.