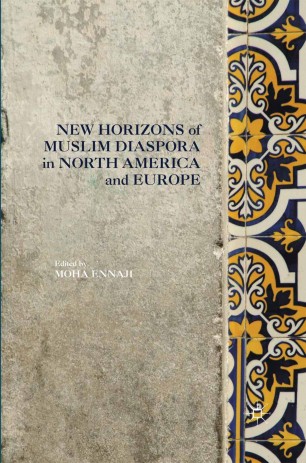 New Horizons of Muslim Diaspora in North America and Europe

The authors in this book criticize the essentialist approach to the concept of culture which reduces all diasporic Muslims to one category and ignores other important factors that shape the attitudes and behaviors of Muslims in the West, particularly their socio-economic status, gender, age, education, social class, and attitude toward religion and the Western lifestyle. The majority of Muslims in North America and Europe are reluctant to be reduced to 'Muslim,' although some of them feel obliged to accept the label. In this volume, the various chapters reveal that diasporic Muslims are heterogeneous, given their diverse cultures and ethnicities; they are actually divided, not united, and have different views and interpretations of Islam and various attitudes and representations of Western realities. Due to their marginalization and often low social status, some Muslims turn to religion and traditional values and practices to overlook for their socio-economic exclusion from European or American society.