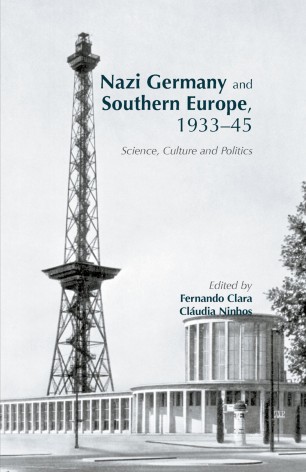 Dealing with a hybrid international environment and an intricate set of objects that include individual, social, cultural or scientific networks and events, the contributions in this volume follow a path that attempts to mirror much of the course taken by Nazi Germany when approaching Southern Europe. Nazi Germany and Southern Europe, 1933-45 begins with the topic of cultural contacts, the German classical diplomatic first approach to foreign countries. From there it proceeds to the examination of how the hybrid German scientific and academic networks were formed, maintained and developed in Southern European countries, while also taking into account a sensitive issue of this period and a central ideological piece of the Nazi regime: the circulation and appropriation of eugenics and 'race' related questions in Southern Europe. Finally, the German colonial discourse comes into focus and, with it, the political and scientific dimensions of National Socialist expansionist policies. It is a European study that maybe unexpectedly, and yet logically, can only end in South America.

Fernando Clara teaches German and Cultural Studies at the New University of Lisbon, Portugal. His research interests include German-Portuguese relations and European nationalisms and cultural studies. Among his publications are Worlds of Words, Travels, History, Science, Literature: Portugal in the German-speaking World 1770–1810 (2007, in Portuguese), the edited book Other Horizons: German-Portuguese Encounters in Colonial Contexts (2009, in Portuguese), and the co-edited volume Europe in Black and White: Interdisciplinary Perspectives on Immigration, Race and Identity in the 'Old Continent' (2011).

Cláudia Ninhos is Researcher at the Institute for Contemporary History, New University of Lisbon, Portugal. Her research focuses on the Holocaust, National-Socialism, Fascism, and German-Portuguese relations. Her publications include Salazar, Portugal and the Holocaust, with Irene Pimentel (2013, in Portuguese) and the co-edited volume with Fernando Clara, The Anxiety of Influence: Politics, Culture and Science in Germany's relations with Southern Europe, 1933-45 (2014, in Portuguese).