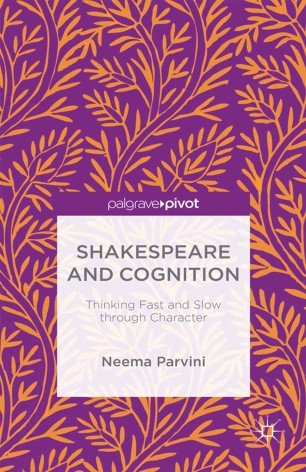 Shakespeare and Cognition: Thinking Fast and Slow through Character

Shakespeare and Cognition challenges orthodox approaches to Shakespeare by using recent psychological findings about human decision-making to analyse the unique characters that populate his plays. It aims to find a way to reconnect readers and watchers of Shakespeare's plays to the fundamental questions that first animated them. Why does Othello succumb so easily to Iago's manipulations? Why does Anne allow herself to be wooed by Richard III, the man who killed her husband and father? Why does Macbeth go from being a seemingly reasonable man to a cold-blooded killer? Why does Hamlet take so long to kill Claudius? This book aims to answer these questions from a fresh perspective.