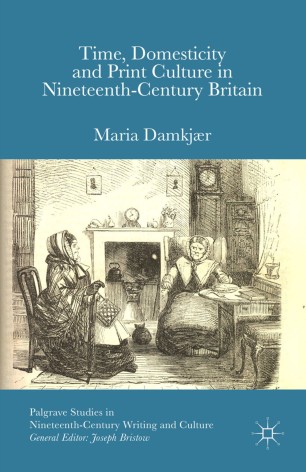 Time, Domesticity and Print Culture combines literary criticism with innovative readings of texts' material form. The author argues that the way writing was transmitted – as monthly instalments or periodical articles – contributed to its representative power. The study's focus is domestic time; it shows that writers in the nineteenth century were anxious to describe the middle-class home as a temporal entity and not just a spatial one. In order to describe temporal practices such as repetitive housework, interruption and everyday processes, writers had to negotiate not just narrative, but also the printed page and the serial instalment.

This book traces a spectrum from literary fiction – Bleak House by Dickens and North and South by Gaskell – to less linear forms like periodical writing, Isabella Beeton's cookery book and the private album, in order to argue that print culture was saturated with domestic temporality.