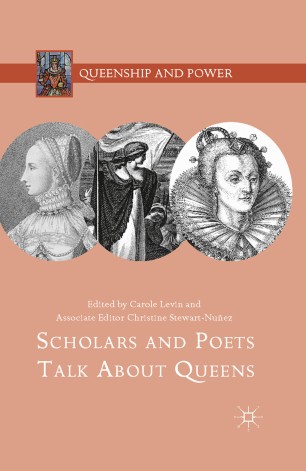 Scholars and Poets Talk about Queens

Scholars and Poets Talk About Queens is a lively and erudite collection, unusual in an especially appealing way. This collection of essays shows how queens were represented in the Middle Ages and Renaissance through primary accounts, chronicles, and literary representations. The book also contains modern poetry and short plays about these same queens, allowing readers to understand and appreciate them both intellectually and emotionally. Contributors study a wide range of queens including such famous and fascinating women as Queen Elizabeth I, Cleopatra, Hecuba, the Empress Matilda, Mary Stuart, Margaret of Anjou, Catherine of Aragon, and the pirate queen Grace O'Malley. By pairing scholarly essays with contemporary poems about them, the collection demonstrates the continued relevance and immediacy of these powerful and fascinating women.