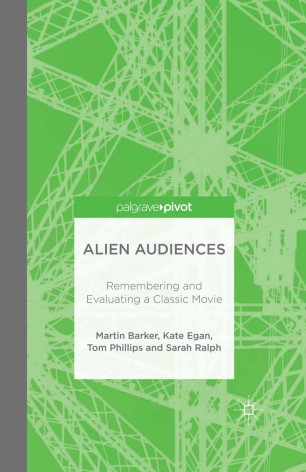 Ridley Scott's 1979 Alien has attained classic status and is one of the most analysed films by scholars. But until now, there have been no published studies of its audiences. This book presents the findings of a major project exploring how different kinds of viewers engage with the film. Based on over 1,000 responses, the authors uncover some surprising patterns and tendencies. These disclose, among other things, the remarkable role played by parents and other relatives in 'gifting' the film to their children, raising important questions about the idea of 'age-inappropriate' viewing, a fascinating ambiguity over the role of 'acting' in the notorious 'chestburster scene' and an important shift in the way audiences see Alien as 'more than just a film' once imitations and parodies become prevalent. Some particularly long and rich responses reveal how this film can go on arousing strong visceral responses, even after repeated viewings. Richly illustrated with quotations, this book will shift current understandings of horror film audiences.