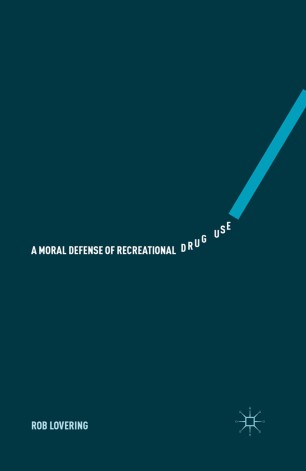 A Moral Defense of Recreational Drug Use

Why does American law allow the recreational use of some drugs, such as alcohol, tobacco, and caffeine, but not others, such as marijuana, cocaine, and heroin? The answer lies not simply in the harm the use of these drugs might cause, but in the perceived morality—or lack thereof—of their recreational use. Despite strong rhetoric from moral critics of recreational drug use, however, it is surprisingly difficult to discern the reasons they have for deeming the recreational use of (some) drugs morally wrong. In this book, Rob Lovering lays out and dissects various arguments for the immorality of using marijuana, cocaine, heroin, and other drugs recreationally. He contends that, by and large, these arguments do not succeed. Lovering’s book represents one of the first works to systematically present, analyze, and critique arguments for the moral wrongness of recreational drug use. Given this, as well as the popularity of the morality-based defense of the United States’ drug laws, this book is an important and timely contribution to the debate on the recreational use of drugs.

Rob Lovering is Associate Professor of Philosophy at College of Staten Island, City University of New York, USA. He is the author of God and Evidence: Problems for Theistic Philosophers as well as numerous articles on ethics and the philosophy of religion.

"Anyone who still believes that the moderate use of recreational drugs is morally wrongful should read Lovering's thorough argument to the contrary." - Doug Husak, Rutgers University, USA

"This book fills a void. Lovering lays out the most important arguments for the view that recreational drug use is morally wrong. He then argues, in a philosophically sophisticated and empirically informed way, that none of those arguments is successful. This is a most impressive book, and any future attempt to argue that recreational drug use is morally wrong will have to involve an attempt to answer Lovering's contentions." - Michael Tooley, University of Colorado at Boulder, USA

"Rob Lovering's new book is a masterpiece. This is one of the most accessible, thoughtful, delightful additions to the war on the war on drugs that I've seen in years. This book really turned my head around." - Mitch Earleywine, State University of New York, Albany, USA, and host of Cannabis Radio's "Burning Issues"