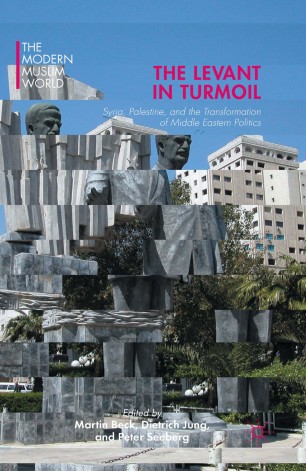 The Levant in Turmoil

Syria, Palestine, and the Transformation of Middle Eastern Politics

Part of the The Modern Muslim World book series (MMUS)

Since the early weeks of the so-called Arab Spring, high hopes for democratic, social, and political change in the Middle East have been met with varying degrees of frustration. In the sub-region of the Levant, regional uprisings have turned to violent conflict in places such as Syria, Iraq, and the Gaza Strip. In Syria, popular unrest has caused enormous human suffering in one of the most brutal civil wars the region ever has witnessed, yet the international community has shown an appalling inability to act. Taking the war in Syria as its central point of reference, this book raises the question of whether the developments in the Levant might lead not only to processes of regime change, but also to a fundamental alteration of its entire state system.