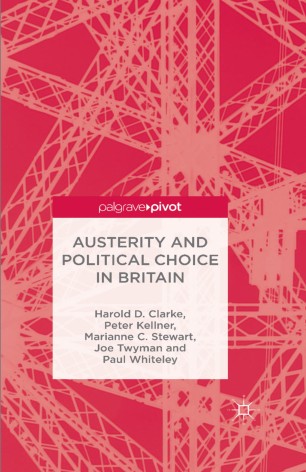 Austerity and Political Choice in Britain

This is a comprehensive study of the 2015 general election in Britain designed not only for students and scholars of British politics, but also for the interested reader. It looks at the record of the Coalition government both in terms of its plans and performance, particularly in relation to the economy, as the starting point for understanding what happened. The authors go on to examine the campaign during the run-up to polling day and to explain why people voted the way they did. They also take a close look at the various constituency battlegrounds across the country showing how and why voting patterns varied across Britain. Finally, they discuss the implications of the election outcome for the future of the party system and British politics more generally. This book provides important insights into an election which has permanently changed the political geography of Britain.