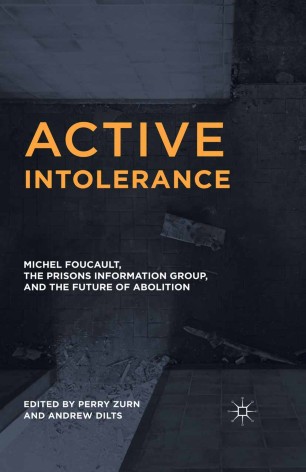 Michel Foucault, the Prisons Information Group, and the Future of Abolition

This book is an interdisciplinary collection of essays on Le Groupe d'information sur les prisons (The Prisons Information Group, or GIP). The GIP was a radical activist group, extant between 1970 and 1973, in which Michel Foucault was heavily involved. It aimed to facilitate the circulation of information about living conditions in French prisons and, over time, it catalyzed several revolts and instigated minor reforms. In Foucault's words, the GIP sought to identify what was 'intolerable' about the prison system and then to produce 'an active intolerance' of that same intolerable reality. To do this, the GIP 'gave prisoners the floor,' so as to hear from them about what to resist and how. The essays collected here explore the GIP's resources both for Foucault studies and for prison activism today.