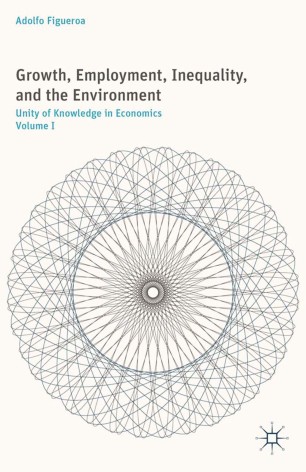 Growth, Employment, Inequality, and the Environment

Unity of Knowledge in Economics: Volume I

Growth, Employment, Inequality, and the Environment deals with the fundamental economic problems of our time: employment, inequality, the environment, and quality of life. This exciting new volume is unique in that it is the first book of its kind in which these problems are analyzed using a unified theory framework. Figueroa achieves his goal by addressing two significant problems. First, to solve the epistemological challenges of building unity of knowledge, he presents a unified theory of capitalism. Second, he considers the epistemological problem of the role of theory in scientific knowledge. This book therefore deals with a consistent theoretical system. That having been said, these theories which contain logically correct propositions may turn out to be empirically false. In order to avoid this error, some rules of scientific knowledge are needed. Growth, Employment, Inequality, and the Environment presents a method that contains such rules. The method is derived from the Popperian epistemology, making it operational in economics. The proposed unified theory is therefore empirically valid; it is a good approximation of the real world. Theoretical economics is thus treated under explicit epistemological rules: theory is the servant, not the master.