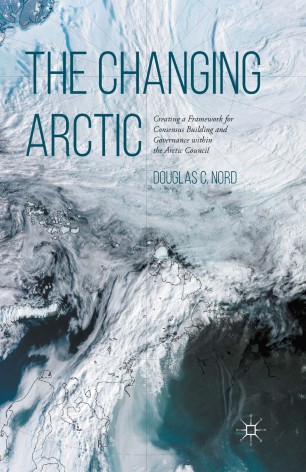 Over the last few years the Arctic has become a region of growing interest to the international community. Major environmental, economic, social, and security issues are all in evidence within its borders today. Many feel that there is an urgent need to establish an effective governance structure for the area. The Arctic Council has offered a basic forum for circumpolar consultation and cooperation over the past two decades. However, it has not been an easy undertaking and the organization has had to wrestle with a series of internal and external impediments that have hindered its forward progress. This volume explores the efforts of Sweden, a recent Chair of the Arctic Council, to build an enhanced framework for consensus-building and governance within the circumpolar region. It examines its efforts to provide focused leadership for the Arctic Council and to advance the environmental protection and sustainable development missions of the organization. It considers the various means by which Sweden utilized its position as chair of the Arctic Council to promote its program for action in both these areas. It also explores how this leadership position enabled it to foster necessary organizational reform within the body. The book gives new insight into how both the formal and informal 'powers of the chair' can be utilized to facilitate institutional growth and change. It also provides new and useful understanding of how a small country like Sweden can harness key elements of 'soft power' to advance its foreign policy objectives in the Arctic. The author closely followed the undertakings of the Swedish Chairmanship team over its two years at the helm of this emerging Arctic international organization. He witnessed its several successes and a few of its disappointments. The volume offers a behind the scene view of the challenges and opportunities faced by contemporary diplomats as they pursue their efforts at international organization.

Douglas C. Nord is Visiting Professor of Political Science at Umeå University, Sweden who is an established scholar in the fields of international relations and comparative politics. His areas of specialty include the foreign and northern development policies of Canada, the Nordic states and Russia as well as the United States. He has written extensively on the relations between the countries of the circumpolar north and on the emergence of the Arctic as a central concern of contemporary international politics.