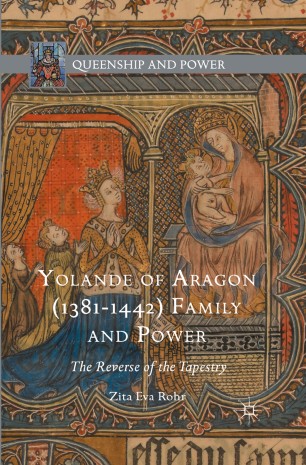 The Reverse of the Tapestry

Yolande of Aragon is one of the most intriguing of late medieval queens who contrived to be everywhere and nowhere simultaneously; operating seamlessly from backstage and front-of-house. She was shrewd, focused and intelligent – an éminence grise whose political and diplomatic agency secured the throne of France for her son-in-law, Charles VII, and the survival of her marital house. Rohr's work is a long-anticipated and much-needed scholarly assessment of an incredibly powerful and influential figure of fifteenth century history who just happened to be a queen.