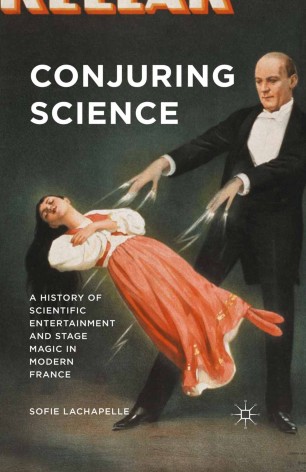 A History of Scientific Entertainment and Stage Magic in Modern France

Conjuring Science explores the history of magic shows and scientific entertainment. It follows the frictions and connections of magic and science as they occurred in the world of popular entertainment in France from the mid-eighteenth to the early twentieth century. It situates conjurers within the broader culture of science and argues that stage magic formed an important popular conduit for science and scientific enthusiasm during this period. From the scientific recreations of the fairs to the grand illusions of the theatre stage and the development of early cinema, conjurers used and were inspired by scientific and technological innovations to create illusions, provoke a sense of wonder, and often even instruct their audience. In their hands, science took on many meanings and served different purposes: it was a set of pleasant facts and recreational demonstrations upon which to draw; it was the knowledge presented in various scientific lectures accompanied by optical projections at magic shows; it was the techniques necessary to create illusions and effects on stage and later on at the cinema; and it was a way to separate conjuring from the deceit of mediums, mystical showmen and quacks in order to gain a better standing within an increasingly scientifically-minded society.