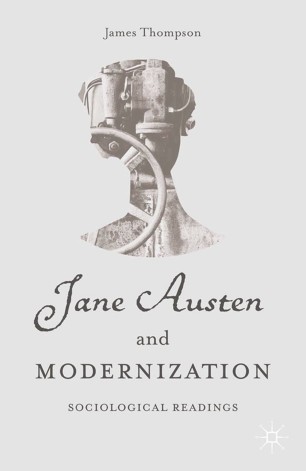 Jane Austen wrote when sociology was being established as the new discipline to understand social issues such as urbanization and industrialization. Drawing on landmark sociologists such as Durkheim and Bourdieu, this study argues that the novels of Austen were heavily influenced by these early developments in sociology.

James Thompson is Professor of English and Comparative Literature at the University of North Carolina, Chapel Hilll, USA.

“Jane Austen and Modernization might be most accessible to more advanced students of Austen, since a familiarity with the novels and with the canon of Austen criticism is presumed. It would also be well suited to, as well as edifying for, scholars interested in cross-disciplinary studies, since it demonstrates both the potential pitfalls as well as the benefits of such analytical fusion.” (Megan Taylor, Eighteenth-Century Fiction, Vol. 29 (1), 2016)

"In this radically new way of thinking about Austen, James Thompson describes the ground shared by Austen and the foundational sociological thinkers - notably Simmel, Weber, and Goffman - producing invigorating reflections on the resonance between Austen's representations of how people meet, converse, manifest themselves, and think about the other, Simmel's theory of sociation, and how Goffman understands 'social frames' in his The Presentation of Self in Everyday Life. The conclusion is a bravura display of how and why Austen's work still speaks to the various modernizations being experienced in the world today." - Robert Clark, The Literary Encyclopedia