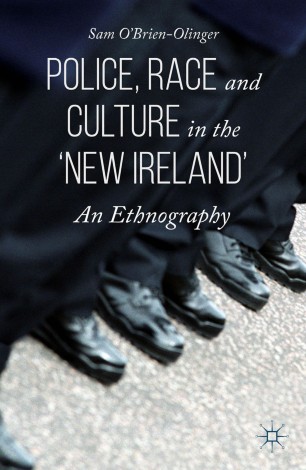 Police, Race and Culture in the ‘new Ireland’

This book explores the relationship between the Irish police and ethnic minorities, made particularly pressing by the rapid ethnic diversification of Irish society. It addresses the current deficit in knowledge of this area by exploring how Irish police officers conceive of, talk about, and interact with Ireland's immigrant minority communities.

Sam O'Brien-Olinger received his PhD from the School of Sociology at University College Dublin, Ireland, in 2012. He was first awarded an Irish Research Council for the Humanities and Social Sciences Scholarship in 2007.

“Built upon an impressive mountain of empirical research, the book shows in great detail how police actively create ‘the other’ in both discourse and action and how that creation itself is influenced by the wider political and social context. O’Brien-Olinger’s deft combination of evidence and theory makes this book of interest far beyond policing scholars.” (Jesse S. G. Wozniak, American Journal of Sociology, 2016)