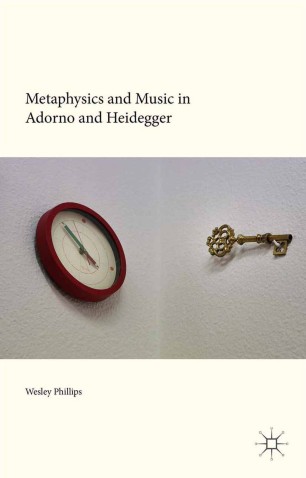 Metaphysics and Music in Adorno and Heidegger

Metaphysics and Music in Adorno and Heidegger explains how two notoriously opposed German philosophers share a rethinking of the possibility of metaphysics via notions of music and waiting. This is connected to the historical materialist project of social change by way of the radical Italian composer Luigi Nono.

Wesley Phillips is an independent researcher and teacher based in London. He has written about German idealism, the Frankfurt School, phenomenology and aesthetics, and has had recent articles published in Telos, The European Journal of Social Theory, Critical Horizons, Cosmos and History and twentieth-century music.