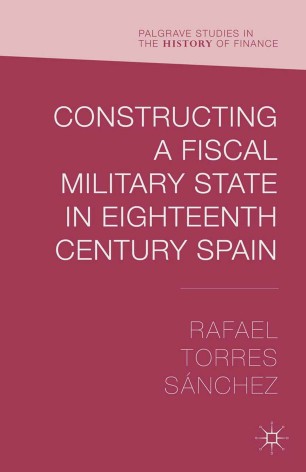 Historically, Spain has often been represented as a financial failure, a state limited by its absolutist monarchy and doomed to fiscal and financial failure without hope of lasting growth. The collapse of the Spanish state at the beginning of the nineteenth century would seem to bear out this view of the limitations of Spain's absolutist state, and this historical school of thought presents the eighteenth century as the last episode in a long history of decline that is directly linked to the failure of the sixteenth-century Spanish imperial absolutist monarchy. This study provides a different perspective, suggesting that in fact during the eighteenth century, Spain's fiscal-military state was reconstructed and grew. It shows how the development of the Spanish fiscal-military state was based on different growth factors to those of the sixteenth and seventeenth centuries; and that with this change, most of the state's structure and its relationship with élites and taxpayers altered irrevocably. In the ceaseless search for solutions, the Spanish state applied a wide range of financial and fiscal policies to expand its empire. The research in this book is inspired by current historical discussions, and provides a new perspective on the historical debate that often compares English 'success' with continental 'failure'.