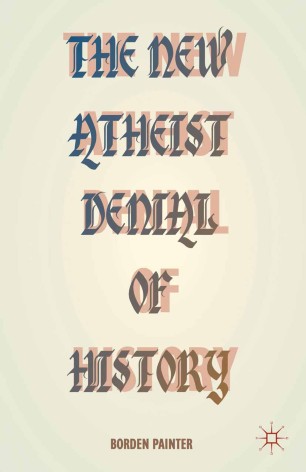 The New Atheist Denial of History

This compact, forcefully argued work calls Sam Harris, Richard Dawkins, Steven Pinker, and the rest of the so-called 'New Atheists' to account for failing to take seriously the historical record to which they so freely appeal when attacking religion. The popularity of such books as Harris's The End of Faith, Dawkins's The God Delusion, and Christopher Hitchens' God Is Not Great set off a spate of reviews, articles, and books for and against, yet in all the controversy little attention has focused on the historical evidence and arguments they present to buttress their case. This book is the first to challenge in depth the distortions of this New Atheist history. It presents the evidence that the three authors and their allies ignore. It points out the lack of historical credibility in their work when judged by the conventional criteria used by mainstream historians. It does not deal with the debate over theism and atheism nor does it aim to defend the historical record of Christianity or religion more generally. It does aim to defend the integrity of history as a discipline in the face of its distortion by those who violate it.