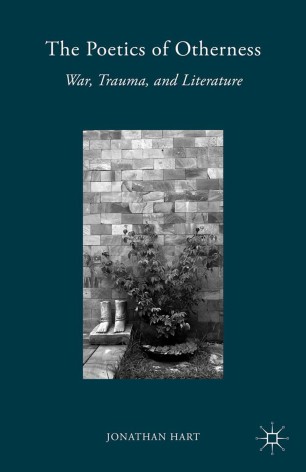 The Poetics of Otherness

Using the concept of otherness as an entry point into a discussion of poetry, Jonathan Hart's study explores the role of history and theory in relation to literature and culture. Chapters range from trauma in Shakespeare to Bartolomé de Las Casas' representation of the Americas to the trench poets to voices from the Holocaust.

Jonathan Hart is a poet, critic, historian, and prolific author. His books include Theater and World, Breath and Dust, Representing the New World, Empires and Colonies, Musing, Dreamwork, and From Shakespeare to Obama. He has held appointments and visiting appointments at Toronto, Cambridge, Alberta, the Sorbonne Nouvelle (Paris III), Princeton, Harvard, among others.

“Examining the work of major poets, including Homer, Las Casas, Shakespeare, Yeats, and Brecht, Hart illustrates how each poem he reads engages with the traumatic wound that it represents. … the author provides a welcome orientation to those interested in discovering how literary criticism contributes to the study of war, colonialism, and genocide. Summing Up: Recommended. Lower- and Upper-division undergraduates; graduate students.” (M. Roberts, Choice, Vol. 53 (4), December, 2015)

"Jonathan Hart's The Poetics of Otherness: War, Trauma, and Literature is the capstone to a brilliant series of books he has written in recent years on the European colonization and its effect on aboriginal peoples, seen in the light of the culture of the Early Modern period, the Renaissance. But the present book looks forward to organized violence in the twentieth century as well - and organized verbal responses to it." - Gordon Teskey, Professor of English, Harvard University, USA

"Jonathan Hart is an extremely distinguished historian, literary critic, theorist, rhetorician, and poet. The Poetics of Otherness: War, Trauma, and Literature brings together all of his commitments as a scholar and writer. It examines in admirable detail not only European treatment of indigenous peoples in both North and South America, but also war poetry ranging from the ancient world to the Second World War, as well as Holocaust testimonies and early encounters with China. A superb book on a major topic in literary study." - J. Hillis Miller, UCI Distinguished Research Professor Emeritus of Comparative Literature and English, University of California, Irvine, USA

"This book is absolutely original - no book like it has been written. Jonathan Hart invites us not only to look at works of literature in themselves but at the lenses through which we look, allowing us to see the objects from a variety of angles and simultaneously ourselves. As we consider and interpret these literary works, we become aware of ourselves in our own readings in order to learn of 'other' civilizations, cultures, periods, points of view, and, most importantly, to learn what it is to learn such things." - Felicia Bonaparte, Professor of English and Comparative Literature, CUNY Graduate Center, USA