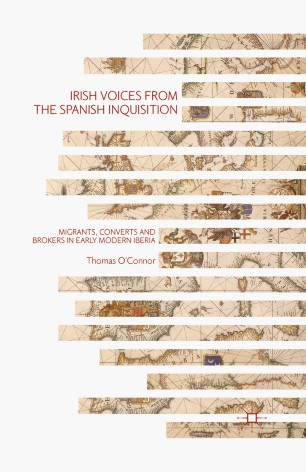 Irish Voices from the Spanish Inquisition

This book explores the activities of early modern Irish migrants in Spain, particularly their rather surprising association with the Spanish Inquisition. Pushed from home by political, economic and religious instability, and attracted to Spain by the wealth and opportunities of its burgeoning economy and empire, the incoming Irish fell prey to the Spanish Inquisition. For the inquisitors, the Irish, as vassals of Elizabeth I, were initially viewed as a heretical threat and suffered prosecution for Protestant heresy. However, for most Irish migrants, their dual status as English vassals and loyal Catholics permitted them to adapt quickly to provide brokerage and intermediary services to the Spanish state, mediating informally between it and Protestant jurisdictions, especially England. The Irish were particularly successful in forging an association with the Inquisition to convert incoming Protestant soldiers, merchants and operatives for useful service in Catholic Spain. As both victims and agents of the Inquisition, the Irish emerge as a versatile and complex migrant group. Their activities complicate our view of early modern migration and raise questions about the role of migrant groups and their foreign networks in the core historical narratives of Ireland, Spain and England, and in the history of their connections. Irish Voices from the Spanish Inquisition throws new light on how the Inquisition worked, not only as an organ of doctrinal police, but also in its unexpected role as a cross-creedal instrument of conversion and assimilation.