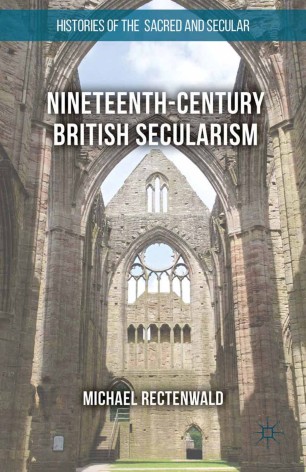 Nineteenth-Century British Secularism offers a new paradigm for understanding secularization in the nineteenth century. It addresses the crisis in the secularization thesis by foregrounding a nineteenth-century development called 'Secularism' – the particular movement and creed founded by George Jacob Holyoake from 1851 to 1852. Nineteenth-Century British Secularism rethinks and reevaluates the significance of Holyoake's Secularism, regarding it as a historic moment of modernity and granting it centrality as both a herald and exemplar for a new understanding of modern secularity. In addition to Secularism proper, the book treats several other moments of secular emergence in the nineteenth century, including Thomas Carlyle's 'natural supernaturalism', Richard Carlile's anti-theist science advocacy, Charles Lyell's uniformity principle in geology, Francis Newman's naturalized religion or 'primitive Christianity', and George Eliot's secularism and post-secularism.