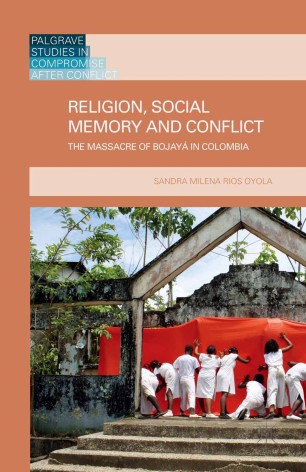 The Massacre of Bojayá in Colombia

This book studies how religion influences the way people in Colombia remember a massacre of 79 civilians that occurred in a Catholic church in 2002. It analyses how strategies of memorialisation are part of religious peacebuilding initiatives that aim to resist and denounce crimes against human, ethnic, cultural and economic rights.