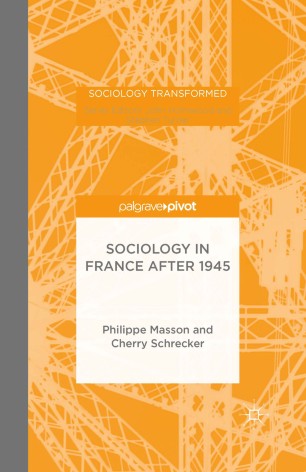 Sociology in France after 1945

Tracing the evolution of French sociology from the early twentieth century to the present day, this insightful book brings to the fore the renowned origins but relatively slow development of the discipline in France. Divided into four chronological sections it focuses on the social changes and institutional transformations that have impacted on the history of sociology in France as it relates to both higher education and research. In doing so, it draws attention to three major features of French sociology: the imbalance between theory and method caused by its philosophical roots, the difficulty of locating it in relation to other disciplines, and the close links between sociology and political thought and action.