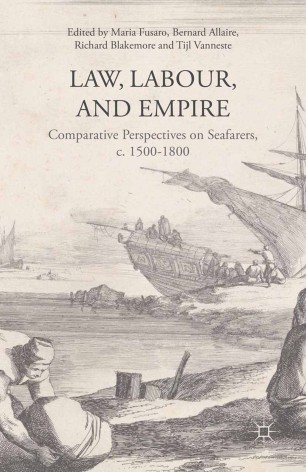 Seafarers were the first workers to inhabit a truly international labour market, a sector of industry which, throughout the early modern period, drove European economic and imperial expansion, technological and scientific development, and cultural and material exchanges around the world. This volume adopts a comparative perspective, presenting current research about maritime labourers across three centuries, in the Mediterranean Sea and the Atlantic and Indian Oceans, to understand how seafarers contributed to legal and economic transformation within Europe and across the world. Focusing on the three related themes of legal systems, labouring conditions, and imperial power, these essays explore the dynamic and reciprocal relationship between seafarers' individual and collective agency, and the social and economic frameworks which structured their lives.