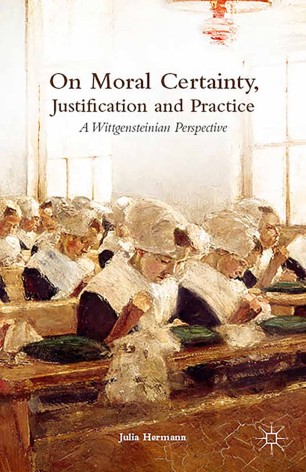 On Moral Certainty, Justification and Practice

Taking inspiration from the later Wittgenstein, On Moral Certainty, Justification and Practice explores the practical basis of human morality. It offers an account of moral certainty, which it links with a view of moral competence. Drawing on everyday examples, it is shown how morality is grounded in action, not in reasoning.