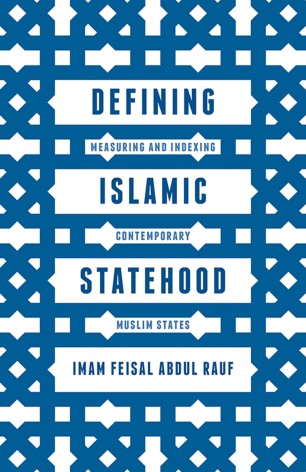 This groundbreaking book offers in-depth analysis of the modern Islamic state, applying a quantitative measurement of how Muslim majority nations meet the definition. Content for the book was developed through extensive debate among a panel of distinguished Sunni and Shia Muslim scholars over seven years.

Imam Feisal Abdul Rauf is the founder and chairman of the Cordoba Initiative, a non-profit organization dedicated to improving relations between Muslims and non-Muslims and promoting moderation. For over twenty-five years he was the imam of Masjid al-Farah in New York City. He has been ranked among the '100 Most Influential People of the World' by TIME magazine, 'Top 100 Global Thinkers' by Foreign Policy, and 'Top 50 Arabs' by The Middle East Magazine.