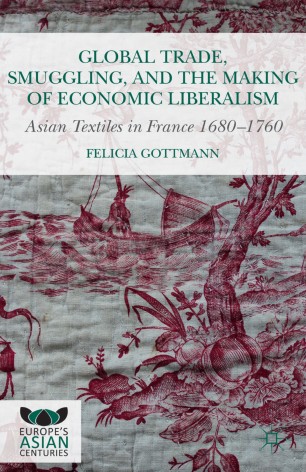 Global Trade, Smuggling, and the Making of Economic Liberalism

Imported from India, China, the Levant, and Persia and appreciated for their diversity, designs, fast bright colours and fine weave, Asian textiles became so popular in France that in 1686 the state banned their import, consumption and imitation. A fateful decision. This book tells the story of smuggling on a vast scale, savvy retailers and rebellious consumers. It also reveals how reformers in the French administration itself sponsored a global effort to acquire the technological know-how necessary to produce such textiles and how the vitriolic debates surrounding the eventual abolition of the ban were one of the decisive moments in the development of Enlightenment economic liberalism.