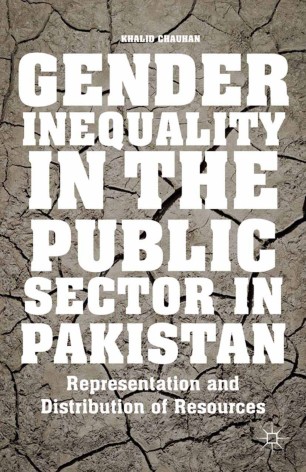 Gender Inequality in the Public Sector in Pakistan

Representation and Distribution of Resources

"Chauhan's work is a timely contribution to the existing literature on Gender Inequality in Pakistan as it touches the root cause of the problem. His analysis goes beyond the usual NGO mantra of gender sensitization workshops as a panacea to gender inequality. Public policies hold the key to the changes from within, and Chauhan has substantiated that the problem lies with the patriarchal public sector that continues to support the status quo." - Tahmina Rashid, Qatar University

Addressing deeply entrenched discrimination against women has been on the international development agenda for four decades. Despite some progress, shocking levels gender-based inequality remain. In Pakistan, the challenges are particularly acute. Khalid Chauhan confronts us with those challenges and demands that we rethink the ways in which gender inequality is addressed. Gender Inequality in the Public Sector in Pakistan an important book for all those with a commitment to gender equality, social justice and good governance. It deserves to be read.-