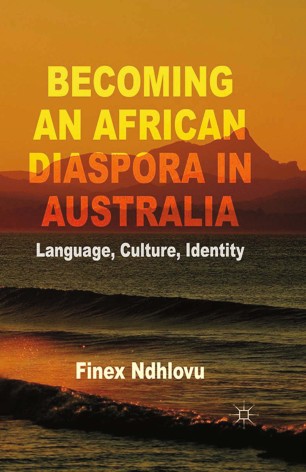 Becoming an African Diaspora in Australia extends debates on identities, cultures and notions of race and racism into new directions as it analyses the forms of interactional identities of African migrants in Australia. It de-naturalises the commonplace assumptions and imaginations about the cultures and identities of African diaspora communities, and probes the relevance and usefulness of identity markers such as country of origin, nationality, ethnicity, ethnic/heritage language and mother tongue. Current cultural frames of identity representation have so far failed to capture the complexities of everyday lived experiences of transnational individuals and groups. Therefore by drawing on fresh concepts and recent empirical evidence, this book invites the reader to revisit and rethink the vocabularies that we use to look at identity categories such as race, culture, language, ethnicity, nationality, and citizenship, and introduces a new language nesting model of diaspora identity. This book will be of great interest to all students of migration, diaspora, African and Australian studies.

'Theoretically, Ndhlovu's argument broadens how we conceptualize diversity, and moreover, it deepens theories of migration and diaspora studies.' - Ethnic and Racial Studies