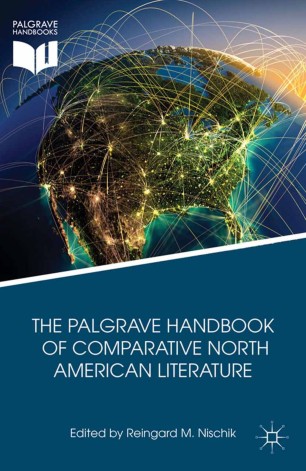 “The Palgrave Handbook of Comparative North American Literature will appeal to scholars and students interested in the manifold interrelations and transactions between the literatures of north America. Its articles are highly informative, well written and researched. They all summarize important debates and research traditions in their respective fields. The Handbook will also be helpful for readers with a specific interest in the politics that have shaped American studies as a discipline in the last couple of decades.” (Julia Straub, Anglia, Vol.135 (2), June, 2017)

“The present volume, edited by the Americanist and Canadianist Reingard Nischik (Konstanz), pursues the ambitious and original goal of surveying and analyzing the various North American literatures from a comparative and transcultural perspective. ... It is a concise, readable, carefully edited, and t

hematically coherent handbook, which furthermore capably joins theoretical considerations and concepts to the analysis of extensive text corpora from various languages and cultures. It thus lays the foundations for further comparative as well as inter- and transcultural research and the didactic treatment of the literatures of North America.” (Hans-Juergen Luesebrink, Zeitschrift für Kanada-Studien, Volume  66, 2017)“Reingard M. Nischik has assembled a rich, informative, and critically astute collection of essays, which will be an indispensable reference work for Canadianists, Americanists and students of world literature alike. Meticulously researched and carefully edited, the chapters in this Handbook offer innovative approaches to their subjects, while at the same time providing a reliable compendium of information on cultural-historical backgrounds and developments. ... the volume combines comprehensiveness and detailed analysis in a remarkably balanced manner.” (Martin Löschnigg, Anglistik, Vol. 27 (1), March, 2016)

“This collection provides those in Canada and the United States who work on Canadian and American literature and culture with the opportunity to see what their field looks like from the other side of the Atlantic. … Reingard M. Nischik … has brought together seventeen essays that work together to demonstrate the viability of comparative North American literature.” (Susan Ingram, University of Toronto Quarterly, Vol. 58 (3), 2016)

“This volume offers exciting and insightful approaches to the study of American and Canadian literatures … . The essays included all open up interesting and wider perspectives that will provide food for thought for all future students of (not only comparative) North American literatures.” (Martin Kuester, Archiv für das Studium der neueren Sprachen und Literaturen, Vol. 168 (2), 2016)

“[T]his volume is an outstanding contribution to comparative studies on the US and Canada . . . R