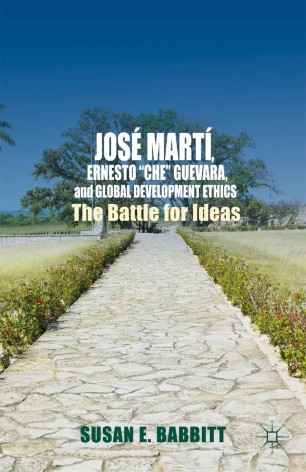 The Battle for Ideas

This book argues that the overlooked ideas of José Martí and Ernesto 'Che' Guevara explain recent politics in Latin America and the Caribbean but also, even more significantly, offer a defensible alternative direction for global development ethics.

'The "battle for ideas" has marked Susan Babbitt's work for decades. In this book, Babbitt challenges received views of Cuba and of philosophy. She demands that readers imagine new ways of living well together. In service of this vision, Babbitt presents the richness of philosophical ideas in the largely ignored works of José Martí and Ernesto 'Che' Guevara and then puts these ideas to work in a powerful critique of standard liberal assumptions about what it means to flourish as a human being. The book is a must read for philosophers, political theorists, and development ethicists who would like to challenge or expand their conceptions of Cuba - as well as the meaning of freedom, democracy, human rights, liberalism, capitalism, Marxism, 'developed', and 'developing'.' - Christine Koggel, Carleton University, Canada