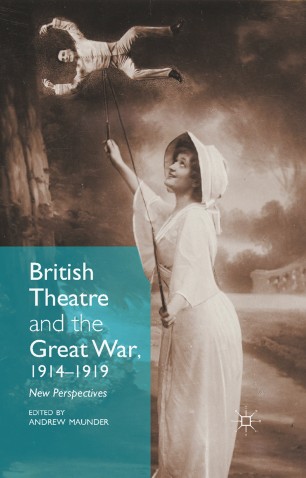 British Theatre and the Great War examines how theatre in its various forms adapted itself to the new conditions of 1914-1918. Contributors discuss the roles played by the theatre industry. They draw on a range of source materials to show the different kinds of theatrical provision and performance cultures in operation not only in London but across parts of Britain and also in Australia and at the Front. As well as recovering lost works and highlighting new areas for investigation (regional theatre, prison camp theatre, troop entertainment, the threat from film, suburban theatre)  the book offers revisionist analysis of how the conflict and its challenges were represented on stage at the time and the controversies it provoked. The volume offers new models for exploring the topic in an accessible, jargon-free way, and it shows how theatrical entertainment of the time can be seen as the `missing link’ in the study of First World War writing.