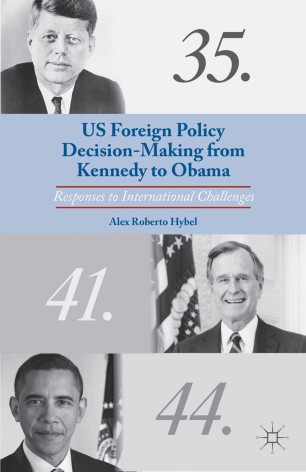 "What a fascinating book. Alex Hybel puts us in the minds of five presidents and provides intimate detail about how they made some of the momentous decisions of their times in the White House. Vietnam dominates the earlier part of the narrative as we get a close look at the intellectual and emotional contrasts that Kennedy, Johnson and Nixon brought to the table. It was the same story in the Mideast, although that was a different story too. Father and son Bushes approached Iraq in ways that were different with strikingly similar reliance on intuition. Barack Obama's dealings with Afghanistan were marked by a decidedly different thought process as we might expect. Here's the takeaway though: These guys would probably have done just as well if they had simply thrown carts at a 'Decision Board.' Perhaps it's inevitable, but in modern times, the legacy of American wars will leave bad stains on the country these guys have led in their different ways. Hybel has performed a earl service to history to take us into their minds and guts." Bob Franken, Columnist for King Features Syndicate and TV Commenter