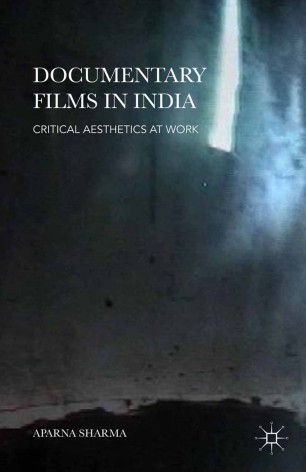 This book introduces the diverse practices of three non-canonical practitioners: David MacDougall, Desire Machine Collective and Kumar Shahani. It offers analysis of their documentary methods and aesthetics, exploring how their oeuvres constitute a critical and self-reflexive approach to documentary-making in India.

Aparna Sharma is a documentary practitioner and scholar. Her documentaries take up cultural narratives of Indian communities combining techniques of ethnographic and montage film. She is also interested in collaborating with dance and performance artists to create performance and documentary dialogues. As a scholar she is committed to writing about cinema practices that fall outside mainstream cinema. She teaches video practice, combining film and cultural theory, at UCLA's Department of World Arts and Cultures/Dance.

'This book makes for a unique contribution on documentary practices in India Brilliant descriptions of well-selected scenes from films that question normative documentary practice are integrated with a fine analysis. The section on Northeast Indian film is particularly welcome for receiving scant attention in the scholarly literature, and the chapters that foreground light and then sound are especially evocative.' - Raminder Kaur, Professor of Anthropology and Cultural Studies, University of Sussex, UK

'A passionate argument for documentaries as philosophically-engaged articulations of epistemological tensions. The book argues that we must not be content with totalising political paradigms, and illustrates how these can be challenged through socially engaged mediations that emphasise the complex regional, subregional, and spiritual communities too easily compressed in the nation-building project.' - Harvey O'Brien, author of The Real Ireland: The Evolution of Ireland in Documentary Film

'Much has been written on Indian documentary but this book charts a new theoretical path. Here is an exploration into Indian documentary's aesthetics and philosophy to create a new ecology of debate around it, delving deeper into the essence of documentary conscience. Theoretically, a v?mana (micro) turning into a vir?ta (macro)!' - Amrit Gangar, Film Theorist, Curator and Historian