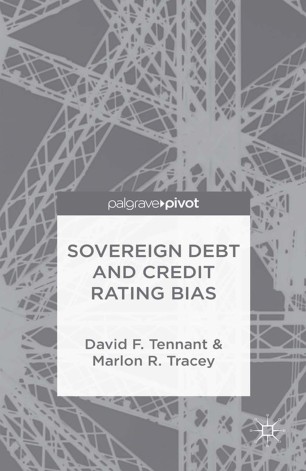 Sovereign Debt and Credit Rating Bias rejects the notion that credit rating agencies' rigorous and transparent determination of ratings leaves no room for bias, and debunks the myth that the value CRAs place on their reputational capital precludes prolonged biases. To determine the extent of CRAs' biased actions, Tennant and Tracey apply a rigorous methodology to a well-established economic model of the determinants of sovereign debt quality. They present strong evidence of bias against poor countries and demonstrate how biased rating changes could disadvantage such countries and the companies operating therein as they seek access to international capital markets. They discuss plausible explanations for the bias and suggest remedial measures that would help ensure balance in credit rating changes. This book fills an important gap by rigorously examining a long-standing but often ignored concern about the rating practices of credit rating agencies.