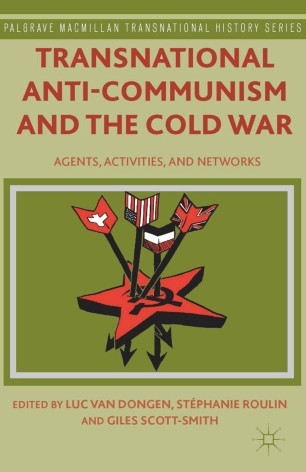 Transnational Anti-Communism and the Cold War

“The volume brings together the work of a new generation of scholars of the Cold War, some of whose work is appearing in English translation for the first time. … This edited volume sets the agenda for future research on transnationalism and the Cold War, about which much remains to be discovered.” (Benjamin Tromly, European History Quarterly, Vol. 46 (4), 2016)
Buy options