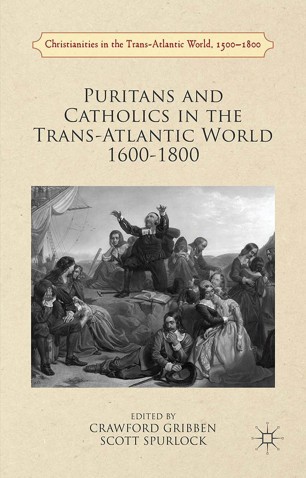 Puritans and Catholics in the Trans-Atlantic World 1600–1800

Part of the Christianities in the Trans-Atlantic World, 1500–1800 book series (CTAW)

For many English puritans, the new world represented new opportunities for the reification of reformation, if not a site within which they might begin to experience the conditions of the millennium itself. For many Irish Catholics, by contrast, the new world became associated with the experience of defeat, forced transportation, indentured service, cultural and religious loss. And yet, as the chapters in this volume demonstrate, the Atlantic experience of puritans and Catholics could be much less bifurcated than some of the established scholarly narratives have suggested: puritans and Catholics could co-exist within the same trans-Atlantic families; Catholics could prosper, just as puritans could experience financial decline; and Catholics and puritans could adopt, and exchange, similar kinds of belief structures and practical arrangements, even to the extent of being mistaken for each other. This volume investigates the history of Puritans and Catholics in the Atlantic world, 1600-1800.