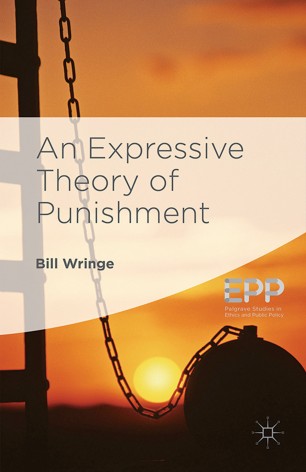 An Expressive Theory of Punishment

This book argues that punishment's function is to communicate a message about an offenders' wrongdoing to society at large. It discusses both 'paradigmatic' cases of punishment, where a state punishes its own citizens, and non-paradigmatic cases such as the punishment of corporations and the punishment of war criminals by international tribunals.

Bill Wringe is Assistant Professor at Bilkent University, Ankara, Turkey. He holds degrees from the Universities of Oxford, St Andrews and Leeds, and has published widely on a range of topics in ethics, political philosophy and the philosophy of mind, including collective intentionality and obligation, punishment, emotion and perceptual states.