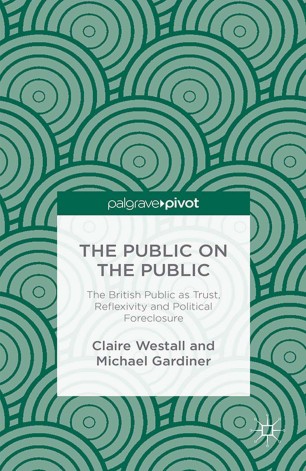 The Public on the Public: The British Public as Trust, Reflexivity and Political Foreclosure

In Britain, the resistance to popular determination allowed by the financial construct of the public has been so successful that this term, public, must be re-read as politically paralyzing. The problem, our problem, is the public - which we are so often told will bring us together and provide for us - and it is this we must move beyond.

Claire Westall is Lecturer in the Department of English and Related Literature at the University of York, UK. Previous works include Literature of an Independent England: Revisions of England, Englishness and English Literature (2013) edited with Michael Gardiner, and Cross-Gendered Voices: Appropriating, Resisting, Embracing (2012), edited with Rina Kim.