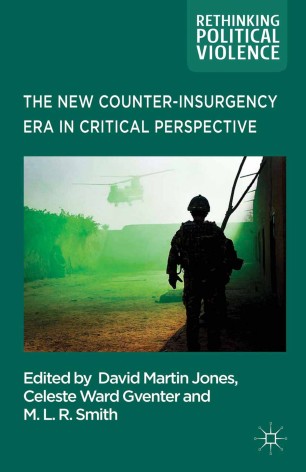 The notion of counter-insurgency has become a dominant paradigm in American and British thinking about the wars in Iraq and Afghanistan. This volume brings together international academics and practitioners to evaluate the broader theoretical and historical factors that underpin COIN, providing a critical reappraisal of counter-insurgency thinking.

"This comprehensive volume carefully considers counterinsurgency doctrine in action. It's overall conclusions point to the strategic futility of this tactical doctrine and its contribution to the failure of U.S. military power in Iraq and Afghanistan.' - Col (ret) Douglas Macgregor, USA, author of Warrior's Rage, Transformation under Fire and Breaking the Phalanx

"A timely and path-breaking series of analyses that show the shortcomings, but also the enduring features, of the counter-insurgency debate of recent years. A future research agenda is clearly cut out for us." - Isabelle Duyvesteyn, Utrecht University, The Netherlands

"This is a book that no one interested in the way COIN seduced policymakers can afford not to read - and read again. Each chapter casts new light on the theory and practice of counterinsurgency warfare from after World War II to Iraq and Afghanistan. All the authors demonstrate both special knowledge and general understanding of the issues. Explored in all its variations, the basic theme is the contradiction of an outside force promising to protect a population against its local enemies, and in the end creating a dependency." - Lloyd Gardner, Professor Emeritus, Rutgers University, USA and author of the forthcoming Killing Machine: the American Presidency in the Age of Drone Warfare