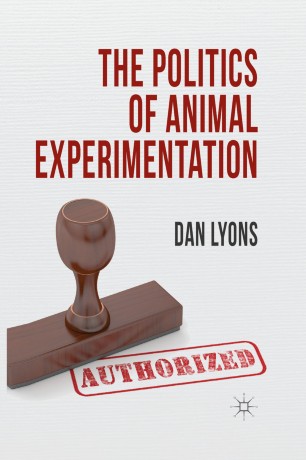 The Politics of Animal Experimentation

The reality of animal experimentation and its regulation in Britain have been hidden behind a curtain of secrecy since its emergence as a political controversy in the 1870s. Public debate and political science alike have been severely hampered by a profound lack of reliable information about the practice. In this remarkable study, Dan Lyons advances and applies policy network analysis to investigate the evolution of British animal research policy-making.

Dan Lyons is CEO of the Centre for Animals and Social Justice, an animal protection think tank, and Honorary Research Fellow at the University of Sheffield's Department of Politics, UK. He has won several awards for his research, including the Political Studies Association Prize for the best thesis in Government and Public Administration. In January 2014 he was appointed to membership of the Irish Government's statutory advisory committee on the regulation of animal experimentation.

Wyn Grant is Professor of Politics at the University of Warwick, UK, and vice-president for Europe and Africa of the International Political Science Association.