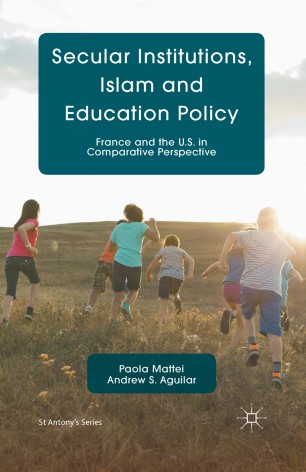 France and the U.S. in Comparative Perspective

In January 2015, three attackers walked into the office of the satirical magazine, Charlie Hebdo, in Paris, opened fire and killed twelve people, including a Muslim policeman, in the deadliest terrorist attack on France for 50 years. We live in a time of suspicion and fear, not least because religion has returned to the centre stage of collective memories in Europe and in the United States. Amidst claims of threats to national identities in an era of increasing diversity, should we be worried about the upsurge in religious animosity in the United States, as well as Europe? Paola Mattei and Andrew Aguilar show that French society is divided along conflicts about religious identity, increasingly visible in public schools. Republicanism, based on the solidarity and secularism, is viewed by many as the cause of discrimination and unfairness against minority groups. Policies invoking laïcité are frequently criticised as a disguised form of Islamophobia. Secular Institutions, Islam, and Education Policy suggests, on the contrary, that secularism in France is a flexible concept, translated into contradictory policy programmes, and subject to varying political interpretations. This book presents original data showing how schools have become, once again, a central theatre of political action and public engagement regarding laicité, an ideal grounded in the republican origins of the public education system in France.