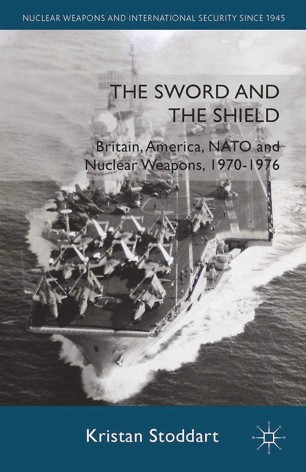 The Sword and the Shield

Kristan Stoddart reveals for the first time discussions that took place between the British, French and US governments for nuclear cooperation in the early to mid 1970s. In doing so it sets the scene for the upgrade to Britain's Polaris force codenamed Chevaline and how this could have brought down Harold Wilson's Labour government of 1974-1976.

Kristan Stoddart is Lecturer in Cyber Security in the Department of International Politics at Aberystwyth University, UK. He previously worked at the Mountbatten Centre for International Studies at the University of Southampton, UK.