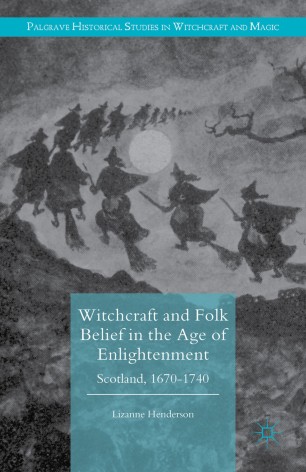 Witchcraft and Folk Belief in the Age of Enlightenment

Taking an interdisciplinary perspective, Witchcraft and Folk Belief in the Age of Enlightenment represents the first in-depth investigation of Scottish witchcraft and witch belief post-1662, the period of supposed decline of such beliefs, an age which has been referred to as the 'long eighteenth century', coinciding with the Scottish Enlightenment. The late seventeenth and early eighteenth centuries were undoubtedly a period of transition and redefinition of what constituted the supernatural, at the interface between folk belief and the philosophies of the learned. For the latter the eradication of such beliefs equated with progress and civilization but for others, such as the devout, witch belief was a matter of faith, such that fear and dread of witches and their craft lasted well beyond the era of the major witch-hunts. This study seeks to illuminate the distinctiveness of the Scottish experience, to assess the impact of enlightenment thought upon witch belief, and to understand how these beliefs operated across all levels of Scottish society.