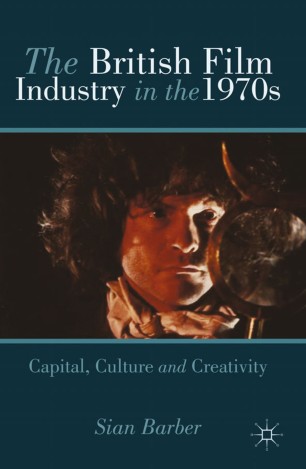 The British Film Industry in the 1970s

Is there more to 1970s British cinema than sex, horror and James Bond? This lively account argues that this is definitely the case and explores the cultural landscape of this much maligned decade to uncover hidden gems and to explode many of the well-established myths about 1970s British film and cinema.

SIAN BARBER is a Postdoctoral Researcher at Royal Holloway, University of London, UK. She has published on British cinema, cinema going and censorship and her most recent publication is Censoring the 1970s: The BBFC and the Decade that Taste Forgot.

'A substantial analysis of British film-making in the 1970s that will make a thoughtful contribution to the field of British cinema studies.'

- Andrew Spicer, University of the West of England, UK

'British Film in the 1970s is a great companion text to any module teaching British cinema of the period, but it also is a useful text to encourage those working on other times and places to ask questions about the framing of other periods and national cinemas.'

'Barber's carefully researched volume will surely become the 'go to' book with regard to the industrial context of British film-making in this newly fashionable decade.'