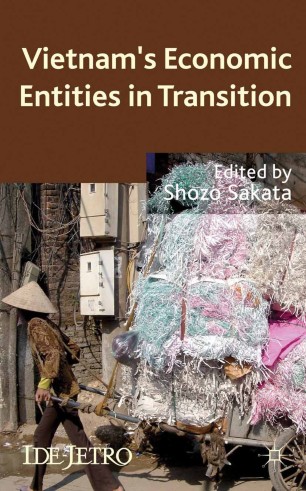 During the last two decades, Vietnam has been undergoing a process of deregulating economic activities and integrating into the global economy. The passing of the Enterprise Law in 1999, which facilitated the establishment of private enterprises, and the achievement of membership of the World Trade Organization (WTO) in 2007 were two of the landmark events in Vietnam's rapid growth over this period. In order to cope with such a socioeconomic and institutional transformation, Vietnam's domestic economic entities have employed various measures, including technical upgrading, a shift into new areas of business, the diversification of capital acquisition, the adoption of new models of corporate governance, and other measures. As a result, the reorganization of Vietnam's domestic economic entities, such as the equitization of many state-owned enterprises, the emergence of large-scale private enterprises and the revitalization of rural entrepreneurs have taken place in many areas. This book attempts to analyze economic activity in Vietnam, covering a variety of types and sizes of Vietnam's domestic economic entities from large-scale stateowned enterprises to micro-scale rural entrepreneurs.